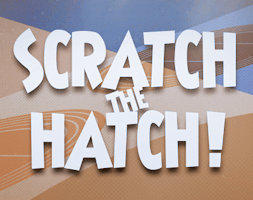 This is a scratch game available on Online Casinopolis. It is developed by NextGen, and an interesting form of scratch that will have you holding your breath the entire time you play it. The game is available on the online casino and is quite easy to play even for beginners. It requires a single player and is, therefore, a great option for when you are alone and either bored or would like some “alone” fun.

The game has an autoplay option for 10 games per round.

This game is as easy as they get and will, therefore, be a fun way to pass time while you get paid. The catch is to be able to get the large amounts beneath the hatches and an even greater multiplier. The game also fully refunds the player in the scenario that it malfunctions and the player cannot not keep playing. Any amounts won before the malfunction will also be remitted to the player. All in all, the game is pretty decent and worth trying out.